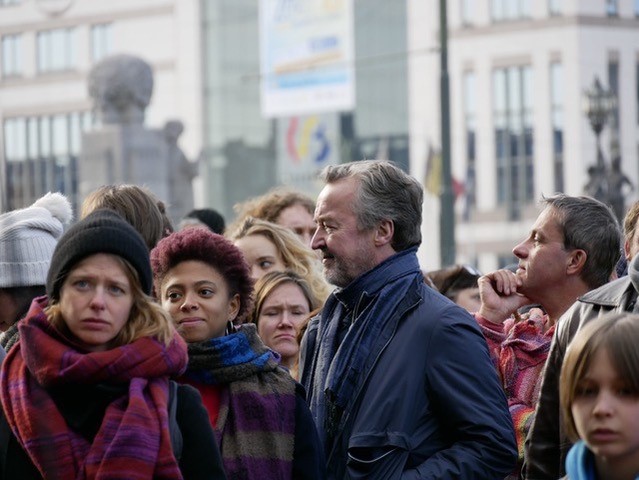 Lukas Pairon (°1958) first studied philosophy at a private university in Lugano, Switserland, later obtained a Master in educational science (specialization ‘politics of education’) at the Université Paris VIII-Vincennes, and in 2019 he became Doctor in Political and Social Sciences at the University of Ghent.

Following his Master-studies, he worked for several years as a young researcher in the field of adult education and literacy programs at Unesco in Paris and at the Ministry of Culture of the French-speaking Community of Belgium (Ministère de la Culture, Communauté française) in Brussels.

But at the age of 27, he changed his professional occupation by becoming the artistic director of the contemporary music and dance programs of the Flanders Festival (www.festival.be).

He left this festival two years later to create together with Judith Vindevogel Walpurgis, (a production house for contemporary chamber opera and music theatre, www.walpurgis.be), and thereby came closer to his first interests as a young boy: opera, theatre and music.

It is in that period that he met many of the musicians together with whom he would later create the now famous contemporary music ensemble Ictus (www.ictus.be). When Ictus was founded in 1994, Lukas Pairon was there and became its first general director, which he has been until the end of 2012.

In 2005 he founded the organization Music Fund (www.musicfund.eu) which gives support to music schools in the Middle East, Africa, the Caribbean (and soon also Asia) through donations of music instruments and training programs for technicians able to repair such instruments.

From 2009 until 2012, he founded and was in charge of 3rdParty (www.facebook.com/3dePartij3rdParty), a 3-year educational program creating bridges between youngsters in Belgium and peace- and human rights activists in the Middle East.

From 2012 until 2016, Lukas Pairon was appointed ‘senior research fellow’ at the School of Arts in Ghent (B) and this allowed him to develop his PhD research for the University of Ghent (UGent, Doctoral program Political and Social Sciences, Department Development and Conflict Studies) on possible social impacts of certain practices in social music projects proposed to young people living in difficult surroundings. He did his research in Kinshasa, DR Congo (see: www.lukas-pairon.eu/phd).

Lukas Pairon is initiator and since 2017 founding director of SIMM, the international research platform focused on the possible Social Impacts of Making Music (www.simm-platform.eu). He is also in charge of the SIMM-podcast, which can be found and followed on more than 10 different podcast-directories, including here on Apple, here on Google, and here on Spotify.

Together with a team of the University and the University College of Ghent he is currently preparing to create an academic chair in the field of music in social and community work, which is expected to start its research and training activities from 2022 on.

In 2018 the King of Belgium awarded Lukas Pairon with the title of Commander in the Order of the Crown for his work as ‘cultural activist’.

There are no upcoming events.

View Calendar
We use cookies to ensure that we give you the best experience on our website. If you continue to use this site we will assume that you are happy with it.Ok
Go to Top